The World Hot Air Balloon Championship is a biannual event and a competition of the world’s leading ballooning teams. The 2014 championship took place in Brazil, in Japan in 2016 and Austria in 2018, where 150 teams from 38 different countries participated in the competition. Two teams represented Slovenia – the Roto balloon team consisting of Radoš Švagelj, Miro Lasbahe, Luka Mihalič and Matjaž Plošinjak and Vito Balloon team Slovenia that included Vito Rome, Tin Švagelj, Anja Novak and Daša Ložar. »When you see 150 balloons in the air at sunrise and sunset, the sky views are unforgettable,« they said.

The organisers of the Murska Sobota championship are Balonarski klub Roto balloon club, together with the City Municipality of Murska Sobota, Aeronautical Association of Slovenia and Aeroklub Murska Sobota. They have a very trying task to accomplish, since the world hot air balloon championship 2022 is supposed to host 145 balloons and more than 800 participants (team members, officials, organisers, volunteers included).

To sum it up, welcome to Pomurje in 2022! The landscape of Pomurje is ideal for ballooning due to its perfect geography – its lowlands, appropriate temperatures and winds. We expect to host a number of pilots this year as well, flying and training over Pomurje.

Twenty-five years ago, in 1994, Slovenia already hosted the European Hot Air Balloon Championship. The event became an everlasting memory for many participants due to its picturesque surroundings, excellent cuisine and heartfelt hospitality of the local people. The 2020 organisational team was also in charge of all Slovene national championships between 2013 and 2017, FAI competitions in 2017 and has more than 10 years of experience in various fields of ballooning (as pilots, officials, team members …) at national, European and world competition levels.

Ballooning Club ROTO was established in 1993, with the mission to promote the company ROTO and hot air ballooning in Pomurje region. In 1994, when Matjaž and Štefan Pavlinjek acquired their flying license, hot air ballooning became a family sport. The club has three active pilots (Matjaž Pavlinjek, Goran Grgič, Radoš Švagelj), regular participants at regional, national and international competitions. The club’s best result is Radoš Švagelj’s 3rd place at 2015 and 2017 national championships. Matjaž Pavlinjek is the club president, and the club’s main sponsor is the company ROTO – a family company with a 69-year-long tradition. 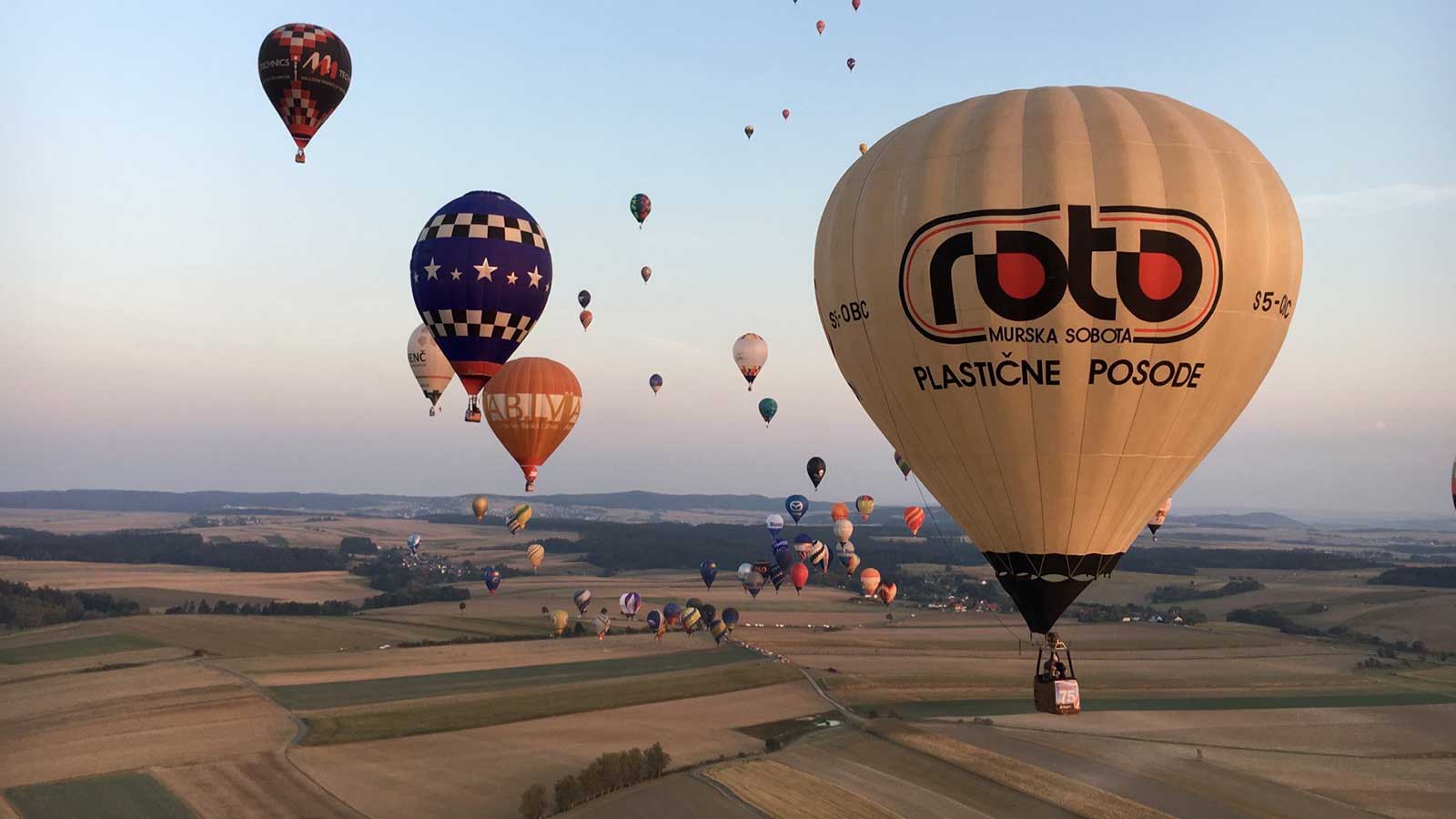 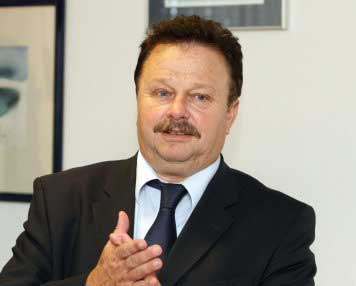 It has been a long time since we met in Murska Sobota. As a part of the organizing team for the event in 1994 I must admit I was, until recently, sure it was a once in a lifetime experience for me. In the meantime Slovenia and the world have seen a whole new generation of pilots, young, ambitious, aspiring, which has pushed the boundaries of a balloon flight further than we could have imagined in 1994. We have new technologies, new information and a whole new concept of a competition as such.

It is this generation that is at its peak today and its ambitions are even higher. I’m proud to present our letter of intention to organize the 24th World Championship in 2022 knowing they will make us proud. 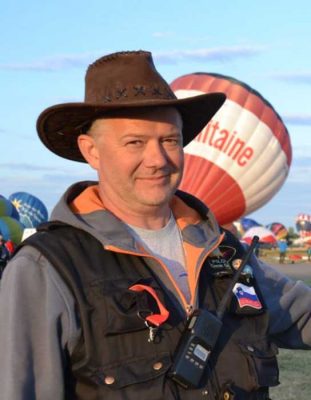 To those who love the sport.

In 2013 Balloon Club Roto gathered several enthusiasts in Polana to organise a national championship. Many of them previously participated in national or international events as pilots, team members, observers, debriefers or scorers. Some were a part of the organising team in 1994, many of them took up ballooning later, but all experienced and motivated.

Closely connected to Austria and their National Aeronautical Association I had the opportunity to work with their pilots and organisers, which helped me with advice, team and equipment. I am very grateful for their assistance.

During the years Balloon Club Roto was able to attract numerous sponsors. Special thanks go to Aeroclub Murska Sobota for providing us with sufficient space and use of airport facilities every time.

To encourage Slovene pilots and give them opportunity to learn and experience “the real deal”, we invited pilots from abroad. We hosted Austrian, Hungarian, German, Czech and Croatian teams along the way.

If I could sum up my experience during these years, it would be versatility in setting competition tasks, lots of opportunities for safe landings, favourable weather and friendly locals.

Now it’s time to move forward. In June we invite you to join us for our nationals, meet the organiser and learn about the location. We monitored the organisation of the event in Austria (2018) and picked up some pointers. Our goal is to organize World Championships in 2022, making memories along the way, which no one will want to let go!