ABOUT HOT AIR BALLOONING AS A SPORT

The first Slovenian who had the opportunity to see a hot air balloon was the mathematician Jurij Vega, who saw it as early as 1784, less than a year after it was first flown in Paris. Vega saw the balloon while staying in Vienna. It was a hot air balloon with a cubic capacity of 4000 m3, which was built by Johann Georg Ituwer. In 1800, Vega published the fourth book of his lectures in physics and mathematics, including the extensive section on the atmosphere as well as aerostatic and aerodynamical lift.

Approximately ten years later, the Slovenian nation had the first man among the hot air ballooners, an aviator Gregor Kraškovič, who was a renowned doctor of his time. Gregor Kraškovič embarked on at least six flights at various locations, such as Pest, Vienna and other places, in a gas balloon. In the last two decades of the 19th and at the beginning of the 20th century, professional ballooners often came to the Slovenian territories, appearing publicly mostly in Maribor and Ljubljana.

In 1904, Kraškovič got his hot air ballooning successor in the Slovenian territory, i.e. Maks Samec. Samec did not take up ballooning only for his love of sports but also from the scientific point of view as he researched luminous intensity and its absorption. Out of all his endeavours of this kind, there is now information available only on five of his flights.

In the period right up to World War I, Maribor had become an extremely vibrant hot air ballooning location, with Max Macher, a son of a Maribor merchant, as its most important figure. One of his ventures included a 20-hour flight over Europe, from Fischamend to the Bay of Pomerania. This active ballooning period in Maribor came to an end with the break out of World War I.

The beginnings of modern hot air ballooning in Slovenia date back to 1978, to 11 November 1978 to be exact, when the firs hot air balloon flew up to the air, taking Slavko Šorn with it.

The early beginnings actually might be tracked further back when a group of enthusiasts in 1975 was pondering how to lift the gliding kite to 10,000 m. The flier was believed to be able to take flight from this height. The team prepared a project, designed by Fele, after which they only needed to find money to build the device in real life. Luckily, the Fructal company from Ajdovščina agreed to finance the project, and its advert was displayed on the dome of the balloon. They team spent two years tailoring, sewing and testing what they made. The balloon was finished and prepared for flight in the autumn of 1978. After several inflations, once all errors were eliminated, the rope to which the balloon was tied to snapped by accident. Luckily, the flight ended a few hours later at Žirovski vrh.

The ballooning sport slowly began gaining momentum in the then Slovenia, which was part of Yugoslavia at the time. In a country with a population of two million, we have trained a little less than 150 pilots and registered 50 warm air balloons. The central and eastern regions of Slovenia are especially suitable for flying.

We have so far organised 17 state championships and celebrated eight champions in Slovenia. Meanwhile, the young generation keeps knocking on the door and shifting boundaries. In this spirit, we were able to welcome the female European champion in 2010, when Gabriela Slavec won the title in Lithuania, and Vito Rome won a bronze medal at the European championship won in 2015. 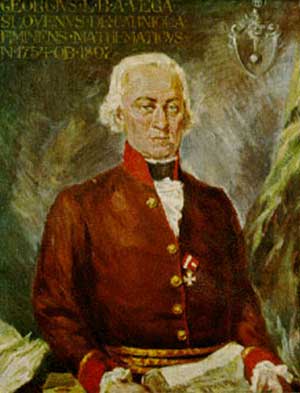 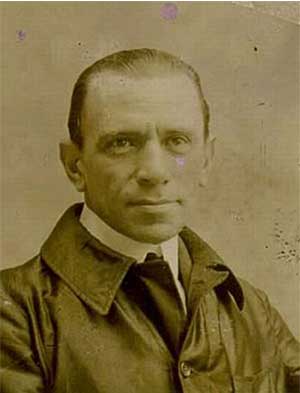 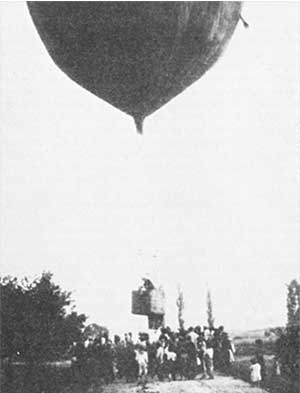 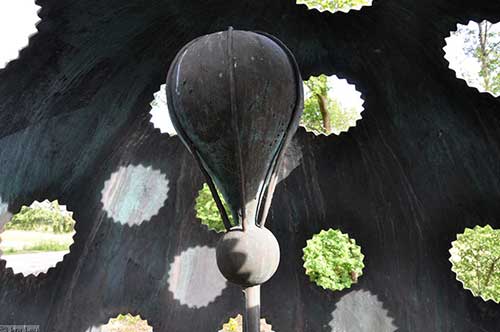 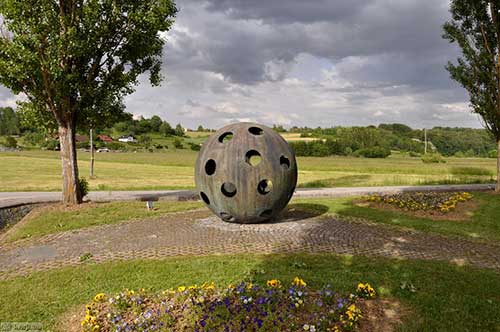 From 9 to 18 September 1994, the Prekmurje region in the north-east of Slovenia hosted the European Championship on hot air ballooning. The competition, with its central venue at the Rakičan airport near Murska Sobota, was attended by 56 teams from 23 countries. The competition area, which extended over the north-eastern Slovenia, as a first time in the history of European and World Championships, also covered air space of the surrounding countries, i.e. Hungary, Austria and Croatia. A large number of spectators were excited about the vast number of colourful balloons in the air.

The weather was favourable for flying, as pilots took flight seven times during the five competition days.

The Slovenian competitors achieved fairly good results: Avi Šorn was placed 25th, and Janez Bernard 55th. The competitors were very happy with the organisation, which was the responsibility of 92 members from 16 countries, and also with the friendly locals and beautiful countryside that seemed perfect for flying. 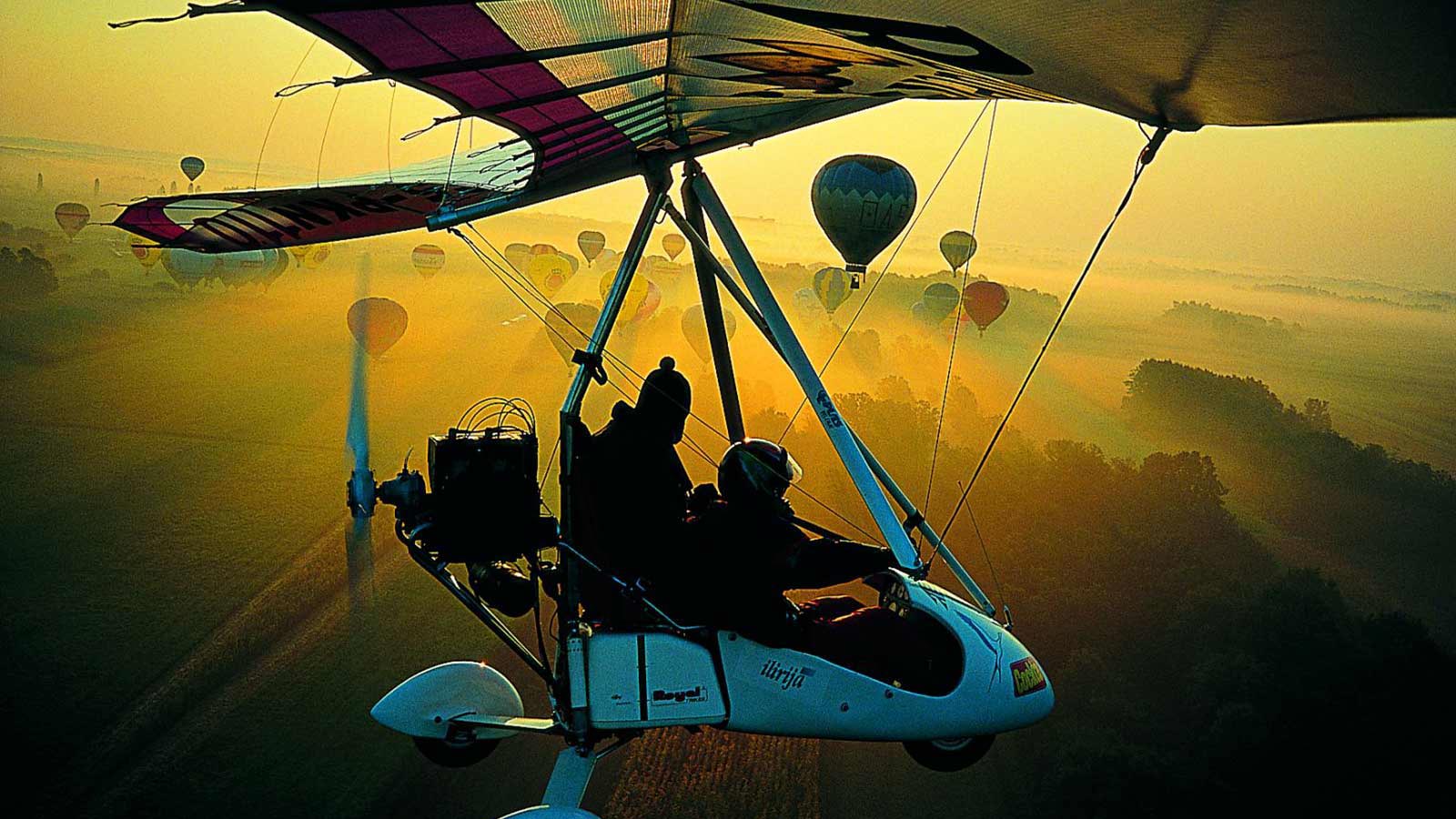 Gabriela Slavec, born in Brazil in 1975, has been involved in ballooning since 1987. At that time, she took part as member of pilot crew at the first organized ballooning event in Brazil. In 1991, she held the position of Observer at the Brazilian Nationals for the first time and acted as Official in major ballooning events in Brazil ever since. She participated as Observer at the world championship in Japan in 1997 and later started working as International Official at major competitions. In 2000, she became a Hot Air Balloon pilot and started competing in national and international events. She won a few minor competition and festivals in Brazil and then finished 7th at the 1st FAI South American Championship in 2006 – an achievement she surpassed four years later, when she reached first place at the first Women European Championship in Lithuania in 2010 (competing for Slovenia). She also worked as Event Organizer for the Open Brasil de Balonismo event in 2007 and 2008, an international competition, plus some minor events in Brazil. She also served as Slovenian FAI and CIA (FAI ballooning commission) delegate for many years.

Born in 1985 in Ljubljana, Vito Rome attended primary and secondary school in his hometown and graduated from Faculty of Electrical Engineering, University of Ljubljana. He has been running his own company, dealing in design and implementation of LAN and WAN networks, since 2010. He became a Hot Air Balloon pilot in 2003, as soon as he reached 18 years of age. Being involved in ballooning from an early age, he learned a lot from his father – also a pilot and big hot air balloon enthusiast. Even though Vito became a pilot at such a young age, he did not fly a lot early in his career, as he never had any real sponsors and therefore performed only a few dozen flights per year. He gained his first experience in competitive ballooning at national championships, as a co-pilot in his father’s team. From 2007 on he started competing on his own and has participated at national, European and world championships ever since. He is considered one of the best Slovenian hot air balloon pilots, holding several national gold medals and bronze medal from the European championship in 2015. He is member of Balloon club Uranos, the first balloon club in Slovenia to obtain the European Union Safety Agency license for commercial operations and acquired his commercial balloon piloting license at the end of 2014.

Slavko Avi Šorn became a hot air balloon pilot at the young age of 18 and is considered a pioneer and living legend of Slovenian hot air ballooning. His maiden flight on 11 November 1978 went down in history not only as the first hot air balloon flight in Slovenia but also as the start of a long and versatile flying career. Avi has tackled sailplane gliding, performed a hang gliding flight off mount Triglav and spent 150 hours aboard airships. Counting more than 4000 hours of hot air balloon flying up until today, he is a record holder in all national hot air balloon categories (length, height, duration) and a veteran of numerous national, ten European and nine world championships. He is a multiple national championship medal winner. On an international level, his personal bests are 4th place at the 2007 European Championship in Germany. He is also a licensed hot air balloon instructor since 1992. In his long career, he crossed all kinds of landscapes and cities all over the world – New Zealand, Australia, Japan, South Africa, Turkey, Albania, Bolivia, Europe, Argentina, Mexico, USA, Canada, Taiwan and China.